What's the Difference Between Virtual Reality and 360˚ Media?

Perplexed by the abbreviations, letters and numbers? We can help! This basic summary will help you on your way to understanding the difference between 360˚ and Virtual Reality media. Firstly, it’s good to understand how Virtual Reality (VR) and 360˚ media differ from traditional flat footage.

When watching traditional video, our angle and view of the story is ‘fixed’; decided and guided for us by the many Directors, DOP’s and Editors during the production. It is a finely tuned piece of art tailored to fulfil their vision for the experience, and what you see is what you get - you cannot change the perspective you are given and are politely asked to sit back, relax and enjoy the footage.

With VR and 360˚ media, the first difference is that viewers become something of a director. Where traditional footage is an unchangeable 16:9 frame of content, both 360˚ and VR media consist of a complete and edited 360˚ environment - a sphere of footage that wraps around the viewers head. It's still lovingly crafted by Directors, DOP’s and Editors, however this time the viewer can move and control their view of the environment, viewing at one time only a slice of the complete thing. Just as in real life we cannot see everything around us at once, VR and 360˚ media must be explored. Viewers are able to look up, down and all around as they choose what they look at; they are virtual people within the story and it is up to each viewer to notice and pick up on features.

Unlike real life, however, we can relive each experience multiple times to explore different perspectives to pick up on new things. Suddunly content is given a longer life expectancy and viewers are able to watch over and over again with a new understanding each time.  Our individual experiences of life leading up to that moment also mean each one us will inevitably notice different things in the video. It creates the joy of a new experience with every view. 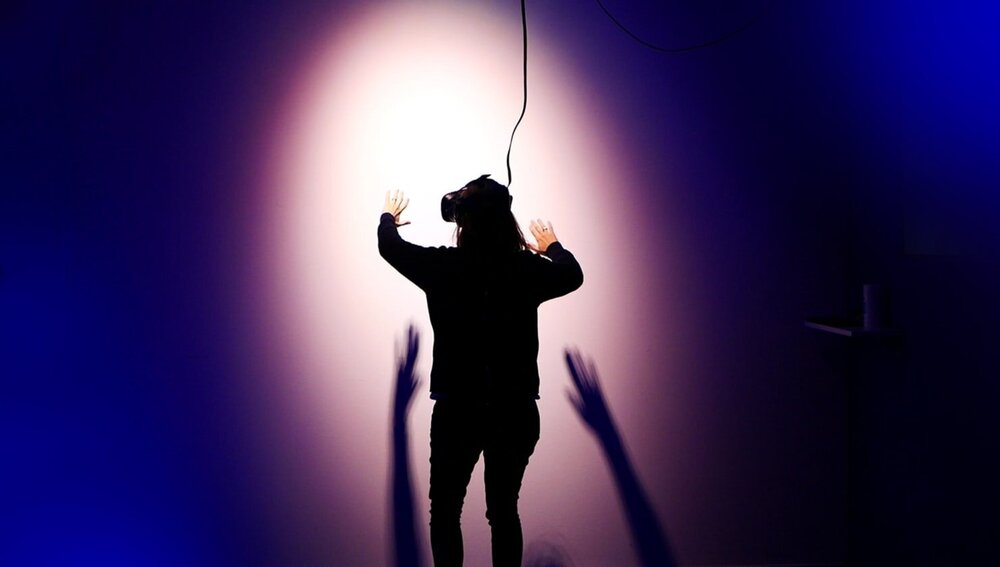 Now let’s look at the difference between Virtual Reality (VR) and 360˚ content. It’s a difficult question to answer as everyone has their own definition.

VR media is an extension of 360˚ media: using the same 360˚ of vision but essentially incorporating more viewer interactivity. It requires specific VR developers to create, and you need to have a headset to fully function the content. By contrast, 360˚ content can be watched on any device and does not need to be interactive. There are 2 different schools of thought when it comes the difference of VR and 360˚ media.

You can see the confusion. The technicality is hung up on whether it responds to the viewer of not, like in a game. Because The Music Trip’s immersive music videos are mostly non-interactive 360˚ media, but can be watched on a VR headsets as well as phones, desktops and tablets, it falls on the blurred border between these definitions.

So the answer to the question? It’s up to you. Because VR is still finding its place in the mainstream, many are using the term for anything immersive and able to be watched in a VR headset - and this is probably the easiest way to think of it. After all, 360˚ media still immerses you in a virtual reality.

Whatever your definition of VR and 360˚ media, at The Music Trip it is our priority to explore this immersive format and bring it to the music industry as a mainstream outlet of musical content. We specialise in producing VR / 360˚ music videos: experiences created for musical tracks that take the viewer on a journey through their world. We have a network of experienced, world leading and highly creative VR and 360˚ professionals that are waiting to apply their skills to new music, so get in touch! Let’s transform your song into a liveable experience that can be enjoyed by everyone through the power of immersion.